So much anger, so much feeling, so many truths, Rape: A Love Story in which a traumatized child seeks a hero at a time of terror, demonstrates not only the passion, pathos and psychological intensity of this most explosive of major, if unsung, US writers, but also again showcases her fullblooded, soaring prose.

Teena Maguire should not have tried to shortcut her way home that Fourth of July. Not after midnight, not through Rocky Point Park. Not the way she was dressed: tank top, denim cut-offs, high-heeled sandals. Not with her twelve-year-old daughter, Bethie. Not with packs of local guys running loose on hormones, rage, and alcohol.

A victim of gang rape, left for dead in the park boathouse, the once vital and sexy Teena Maguire can now only regret that she has survived. And Bethie can barely remember a childhood uncolored by fear. For they’re not even a neighborhood away, the men that she identified for the Niagara Falls Police Department: the wide-browed, sandy-haired Pick brothers; the sneering Jimmy DeLucca; Fritz Haaber with his moustache and stubbled jaw. They’ve killed her grandmother’s longhaired orange cat.

At a relentless, compelling pace punctuated by lonely cries in the night and the whisper of terror in the afternoon, National Book Award-winner Joyce Carol Oates unfolds the story of Teena and Bethie, their assailants, and their unexpected, silent champion, a man who knows the meaning of justice. And love.

The hearing proceeded. There were numerous interruptions. A lawyer is basically a mouth, like a shark is a mouth attached to a long gut. The business of lawyers is to talk, to interrupt one another, and to devour one another if possible. 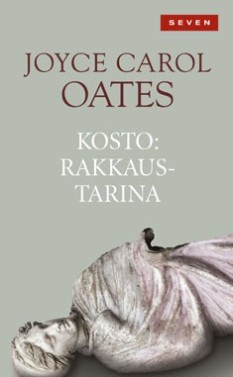 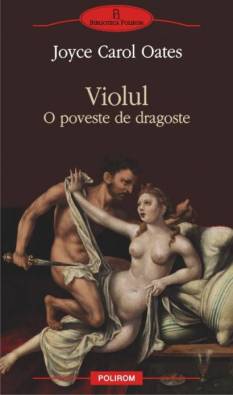 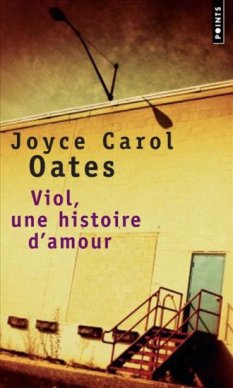 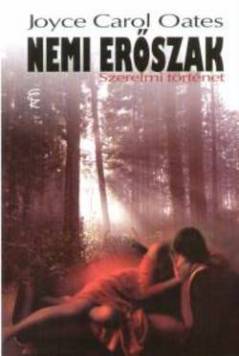 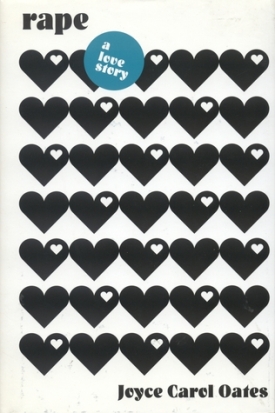 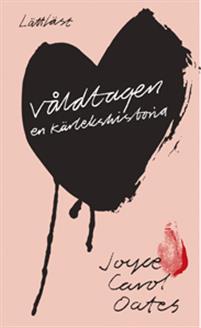 So much anger, so much feeling, so many truths, Rape – a Love Story in which a traumatized child seeks a hero at a time of terror, demonstrates not only the passion, pathos and psychological intensity of this most explosive of major, if unsung, US writers, but also again showcases her fullblooded, soaring prose.

Rape: A Love Story, is as powerful as anything she has produced. It is written with a contained fury, fiction in the service of polemic. Reading it, I felt a submerged evangelism at every turn. I felt she was writing for every woman who has ever feared rape or experienced it and for all the women who have seen their attackers walk free from court.

… as the focus shifts to Teena’s attackers, then back to Bethie, the story gathers headlong intensity, and the sense of doom inexorably working itself out is simultaneously distasteful, logical, and dramatically just. And Oates caps it with a devastating, finely judged two-page epilogue.

When a slick Buffalo defense lawyer devastates Teena on the witness stand, Dromoor takes matters into his own hands. This is where the story truly chills, as the attackers fret about their future and Dromoor slowly exacts a cool vengeance. The love story is Bethie’s—a haunting affection born of a terrible crime. The effects linger, despite the book’s brevity.

“Oates has always been a writer who writes out of her gut, her obsessions and even her confusions. In this book, she has connected with something very primal—simple, in a way, yet profound—a need that D.H. Lawrence declared in one of his poems to be deeper than sex: the need for justice, and she has shown us how that need is rooted in the urge to protect the innocent.”

Her frank, calm writing has a dazing effect, which makes the narrative bumps even more disquieting: ”It’s a game…. They let your mother break free, run barefoot and stumbling in the grass, then catch her. Three of them like drunken dancers.” Vintage Oates, ”Rape” is disturbing, stunning, and bitter-bittersweet.

Although the novel’s ending is abrupt, ”Rape: A Love Story” gives us Oates at her darkly enthralling best.