Skip to content
Foxfire: Confessions of a Girl Gang
Books

Foxfire: Confessions of a Girl Gang

By Joyce Carol Oates foxfire revenge ! foxfire never says sorry ! foxfire burns & burns ! The time is the 1950s. The place is a blue-collar town in upstate […]

The time is the 1950s. The place is a blue-collar town in upstate New York, where five high school girls are joined in a gang dedicated to pride, power, and vengeance on a world they never made—a world that seems made to denigrate and destroy them. Foxfire is Joyce Carol Oates’ strongest and most unsparing novel yet … an often engrossing, often shocking evocation of female rage, gallantry, and grit.

Here, then, are the Foxfire chronicles—the secret history of a sisterhood of blood, a haven from a world of lechers and oppressors, marked by a liberating fury that burns too hot to last. It is the story of Maddy Monkey, who writes it … of Goldie, whose womanly body masks a fierce, explosive temper … of Lana, with her Marilyn Monroe hair and packs of Chesterfields … of timid Rita, whose humiliation leads to the first act of Foxfire revenge. Above all, it is the story of Legs Sadovsky, with her lean, on-the-edge, icy beauty, whose nerve, muscle, hate, and hurt make her the spark of Foxfire, its guiding spirit, its burning core.

At once brutal and lyrical, this is a careening joyride of a novel—charged with outlaw energy and lit by intense emotion. The story moves over the years from the first eruption of adolescent anger at sexual abuse to a shared life financed by luring predatory men into traps baited with sex. But then the gang’s very success leads to disaster—as Foxfire makes a last tragic stand against a society intent on swallowing it up. Yet amid scenes of violence, sexual abuse, exploitation, and vengeance lies this novel’s greatest power: the exquisite, astonishing rendering of the bonds that link the girls of Foxfire together—especially that between Maddy, the teller of the tale, and Legs, whose quintessential strength and bedrock bravery make her one of the most vivid and vital heroines in modern fiction.

Joyce Carol Oates has won vast acclaim with her novels and stories that capture the dark heart of American society and the wounds and rage that fester there. With Foxfire, she reaffirms her place at the very summit of American writing.

Before she woke they entered her sleep. Before she woke staggering to the window to haul herself erect to see, yes she was still alive she’d endured another night in The Room now hopeful, prayerful—

—the sparrow hawks riding the air in the blue of morning she’d wondered would she ever see again, now staring with her one good eye, the other swollen and throbbing from a guard’s mean thumb but she didn’t want to think of that and of the humiliation of being half dragged half carried to The Room as her sister-inmates watched, nor would she think of Ab Sadovsky’s story, was it true, was it laced w 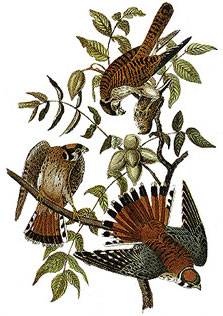 ith lies like poison, What do you care of him, that man, man-ness, he’s nothing to you as you are nothing to him not bound by ties of love or compassion or common decency and maybe not even (you heard him yourself!) by ties of blood, maybe he isn’t your true father: so let him go let him die. Staring at the hawks actually weeping to see the hawks, those predators visible only from this place of shame her heart lifting in joy seeing their strength, their beauty, riding the air, cunning in their use of the wind, always watchful though seemingly unhurried, even languid in their graceful curving motions now rising to the top of an invisible spiral so high in the air Legs couldn’t see, beyond the grudging windowframe she couldn’t see craning her neck narrowing her good eye, her right eye, then the wide-winged creatures reappeared, her heart beat hard and steady making her count, like saying the beads of a rosary except the hawks lived: the hawks were real: instructing her in freedom in cunning in ceaseless watchfulness in the presence of her enemies Make them sorry make them regret all they ever did to you and your sisters but never let them know it’s you the strength that is in you the strength that is you and suddenly she was among them her arms that ached from being twisted up behind her back were wings dark-feathered powerfully muscled wings and she ascended the air, the cinderblock wall fell away beneath her, the roofs of the squat weatherworn buildings, the land itself fell silently away but the sky! the sky was immense! she stared almost in panic seeing it was infinite lifting above her and the other hawks, these supple creatures of the air rising and dipping and rising again joyous in motion so she was allowed to know she need never return to that old life, never to that old self, now she’d been one of these creatures, knowing her secret strength.

Masters of the air. I am one of you. 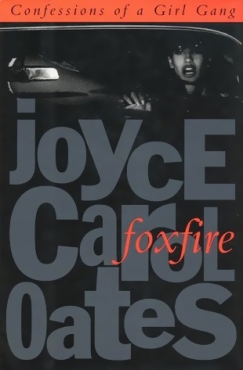 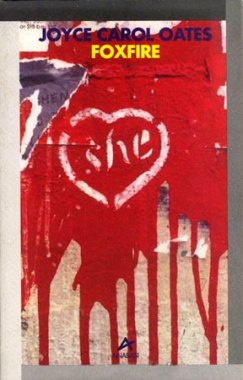 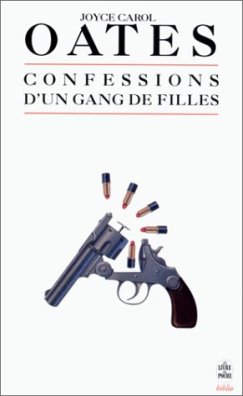 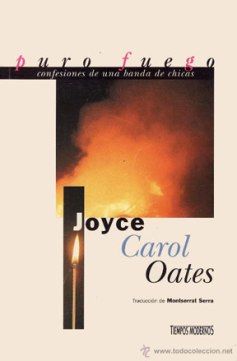 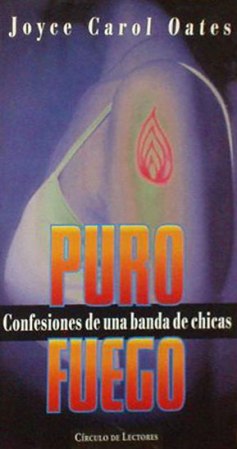 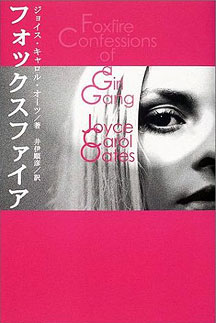 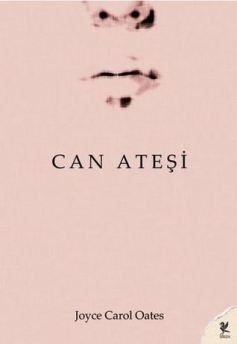 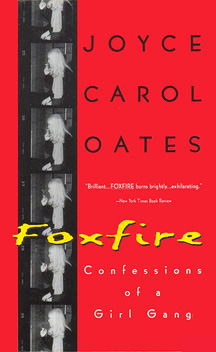 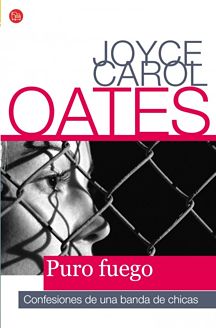 Looking into the depths of the sky, we are looking into Time: the stars of distant galaxies that seem to us so beautiful, so fraught with meaning beyond our human ability to comprehend, are in fact not there, but, long extinct; even our own sun is eight minutes into what astronomers call look-back time. Maddy Wirtz, the chronicler of the Foxfire: Confessions, in adulthood an astronomer’s assistant, is only able to tell her story through the prism of look-back time—”Undertaken now because I have the proper telescopic instrument.” Which is to say, the perspective of Time. 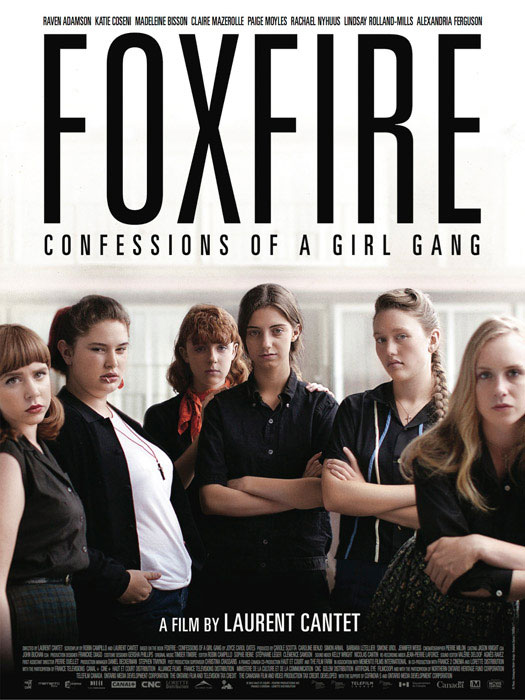 My secret title for Foxfire: Confessions of a Girl Gang during the months of its composition was “my Huck Finn.” Never before had I written a novel so romantically adventurous and head-on in its narrative; never before a novel that reproduces the chronology of a story in a diarylike way, nor one in which adolescents speak so candidly, so comically and, to my ear at least, poetically. Maddy Wirtz, “Maddy-Monkey,” my young alter ego, is a straightforward and reliable narrator. Like Huckleberry Finn telling his story, Maddy is to be trusted utterly by the reader—she tells the truth, and she is as unsparing of herself as of others. Here is the voice of adolescence—distrustful of most adults, and of all institutions, for very good reasons. Under the spell of their gang-leader Legs Sadovsky, Maddy and her sisters in FOXFIRE may resemble Huckleberry Finn too in their early, unexamined optimism—their “American-ness.” The quality of childlike zest and curiosity, the sense that the past does not throw a shadow over the future, is a quality Europeans, steeped in far more history than we, envy us for, and it is a quality I find in myself, hardly less now than when I was Maddy’s age and in many ways not so very different from her. For to be “American” is to feel that your life can be changed by your own actions—you have only to act.

Of course, I dare not push the analogy with Mark Twain’s great classic too far, for obvious reasons. Huckleberry Finnoccupies a singular place in our American literature, like nothing before or since; nothing that Twain himself wrote approaches it in depth, or in energy and inspiration. Foxfire: Confessions of a Girl Gang is very much a girls’ story, and, as such, defines itself in sometimes playful but more often uneasy opposition to a male- and adult-dominated world. We sense that this opposition is not so easily maintained as the gang-girls imagine it might be. We sense that neither sex can live without the other; that the dream of a FOXFIRE HOMESTEAD, a Utopian sisterhood in the midst of a heterogeneous working-class world, is doomed. We sense that Legs Sadovsky, for all her intelligence, cunning, and idealism, is finally too reckless—too blinded by her own “American-ness” to succeed. The qualities for which Maddy loves Legs are the very qualities that blind her. For almost without being conscious of the transition, as Maddy notes, the FOXFIRE girls pass from childlike innocence to precocious criminality; at first victimized by adults, and terrifyingly vulnerable to the cruel whims of adults (like the lie Legs’ father tells a juvenile court judge, that his fiercely virginal daughter is “promiscuous”), they become calculated victimizers themselves. The ante is constantly being raised—their exploitation of sex. And finally in a mad scheme to get $1 million, they go too far—too far for Maddy Wirtz to follow.

Can there be a pure “sisterhood” separate from, still less hostile to, men? Is FOXFIRE doomed because, fundamentally, spiritually as well as physically, the female can’t live without the male?—or in ideological isolation?

Foxfire: Confessions of a Girl Gang, like my earlier novels Marya: A Life, You Must Remember This, and Because It Is Bitter, And Because It Is My Heart, had its emotional genesis in powerful memories of a girlhood in upstate New York. It is set in Hammond, a fictitious city that is also the setting of Because It Is Bitter…, and nearly identical to Port Oriskany, of You Must Remember This, a composite of Lockport (pop. 25,000) and Buffalo (pop. 339,000). My family’s rural home, in a crossroads called Millersport, is between these cities, but Lockport was the closer, and it was in Lockport that many of our relatives lived and where in the 1950’s I was bussed to school. The steep hills of Lockport, the excitement of even its shabbiest streets, parks, stores, and bus stations, above all the dominating and somehow luminous presence of the Erie Barge Canal cutting through the heart of the city—what more romantic setting for a dramatic testing of the dreams of adolescence as they collide with reality? For me as for Maddy, the prism of look-back time allowed me to confront memories of the early 1950’s in a way inconceivable when I’d lived them. Not that the novel is autobiographical, or “confessional”—except in emotional terms.

For, as Legs tells Maddy, even if our souls are not immortal, but evanescent as flames, aren’t they, like flames, real enough at the time of their existence? So too, this romance of a novel, a piece of my heart.

Hand written notes in two columns: Legs in Red Bank. On top of type-written notes running in opposite direction: tattoos.