Joyce Carol Oates will have new stories in two anthologies published this spring. Both are ostensibly “genre” anthologies, but appear to emphasize the blurriness of the lines usually drawn between genres.

The Dark End of the Street: New Stories of Sex and Crime by Today’s Top Authors (edited by Jonathan Santlofer and S.J. Rozan) questions the genre distinction by mixing mystery writers and literary writers; and Stories: All New Tales (edited by Neil Gaiman and Al Sarrantonio) de-emphasizes the genre-ness of its fantasy theme not just by mixing authors of various genres, but most particularly by its generic title.

Coincidentally, both anthologies will also be offered in signed, limited-editions from the Mysterious Bookshop.

THE DARK END OF THE STREET: New Stories of Sex and Crime by Today’s Top Authors 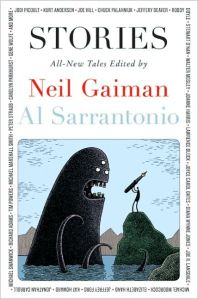