A gripping and moving new collection of stories by Joyce Carol Oates, which reimagines the meaning of family—by unexpected, often startling means.

With the unflinching candor and sympathy for which Joyce Carol Oates is celebrated, these fourteen stories examine the intimate lives of contemporary American families: the tangled ties between generations, the desperation—and the covert, radiant happiness—of loving more than one is loved in return. In “Cutty Sark” and “Landfill,” the bond between adolescent son and mother reverberates with the force of an unspoken passion, bringing unexpected consequences for the son. In “A Princeton Idyll,” a woman is forced to realize, decades later, her childhood role in the destruction of a famous, beloved grandfather’s life. In “Magda Maria,” a man tries to break free of the enthralling and dangerous erotic obsession of his life. In the gripping title story, Oates boldly reimagines the true-crime story of Andrea Yates, the Texas mother who drowned her children in 2001. Several stories—”Suicide by Fitness Center,” “The Glazers,” and “Dear Joyce Carol,”—take a less tragic turn, exploring with mordant humor the shadowy interstices between self-awareness and delusion.

Dramatic, intensely rendered, and always provocative, Dear Husband, provides an unsettling and fascinating look into the mysterious heart of America. 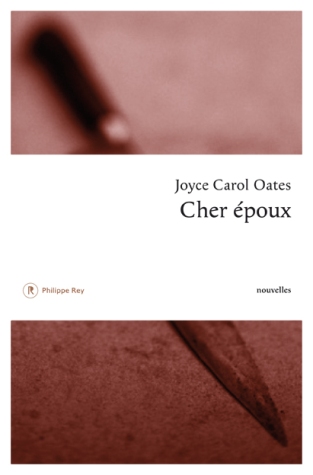 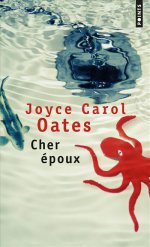 “At least one of these stories (“Landfill”) can break your heart, and several of the others, astonishingly, are among the best things she’s ever done. Oates’s naysayers, who are legion, will someday come to accept that we are witnessing the steady unfolding of one of the towering careers in American letters.”

“… the onrushing prose and stabbing emotional intensity that are Oates’ greatest strengths imbue the volume with compulsive readability.”