DIS MEM BER and Other Stories of Mystery and Suspense

Joyce Carol Oates is renowned for her rare ability to “illuminate the mind’s most disturbing corners” (Seattle Times). That genius is on full display in her new collection of seven feverishly unsettling works, DIS MEM BER and Other Stories of Mystery and Suspense.

In the title story, a precocious eleven-year-old named Jill is in thrall to an older male relative, the mysterious, attractive black sheep of the family. Without telling her parents Jill climbs into his sky-blue Chevy to be driven to an uncertain, and unforgettable, fate. In the Edgar-Award nominated short story, “The Crawl Space,” a widow obsessively returns to the house she once shared with her husband, until an invitation from the new owners to come inside takes a turn for the menacing. In “The Drowned Girl,” a university transfer student becomes increasingly obsessed with the drowning/murder of another female student, as her own sense of self begins to deteriorate. And in the final story, “Welcome to Friendly Skies!” a trusting group of bird-watchers is borne to a remote part of the globe—and to a harrowing fate.

At the heart of this meticulously crafted, deeply disquieting collection are girls and women confronting the danger around them, and the danger hidden inside their turbulent selves. DIS MEM BER and Other Stories of Mystery and Suspense is arresting fiction from “one of the great writers of our time (John Gardner). 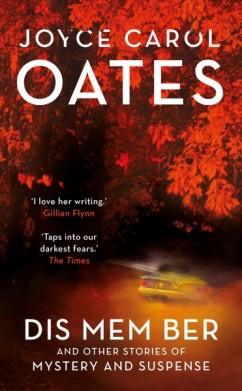 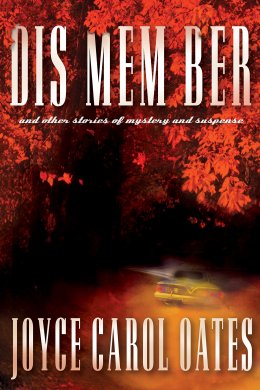 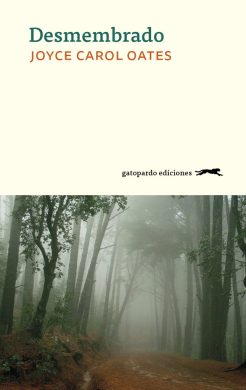 Oates creates worlds and minds as overwrought and paranoid as anything a female Poe could imagine, then sprinkles her trademark exclamation points licentiously through the interior monologues to heighten the intimacy between ecstasy and madness.

All in all, dis turb ing.