Skip to content
The Wheel of Love And Other Stories
Books

The Wheel of Love And Other Stories

“Quite simply, one of the finest collections of short fiction ever written by an American. . . . These 20 stories are the most violent, intense products we have yet had from an especially violent and intense creative imagination.”

THE WHEEL OF LOVE is Joyce Carol Oates’s newest collection of short stories, all of which concern the nature of love: love in its differing forms and visions; in its differing participants and their differing approaches. Almost all of the stories are prize winners, here brought together for the first time in book form.

From some early reviews of THE WHEEL OF LOVE:

“Quite simply, one of the finest collections of short fiction ever written by an American. . . . These 20 stories are the most violent, intense products we have yet had from an especially violent and intense creative imagination. . . . The two finest stories are striking expansions of the limits of fiction, prose poems in which Oates makes her impact in new ways, as did James in The Sacred Fount and Virginia Woolf in The Waves. . . . Oates’s horror is nameless and so savage that to find comparable literary experiences one must go all the way back to Poe and Melville. Her vision is . . . so totally felt and communicated that the reader feels a kind of exultation. . . . On the basis of THE WHEEL OF LOVE, Them, and portions of her earlier work, one must really call Joyce Carol Oates, at the outrageous age of 32, a great writer.” —Library Journal

“May well be Joyce Carol Oates’s finest collection of short stories yet. . . the effects on the reader are apt to linger long after he has finished the individual stories.” —Barbara Bannon in: Publishers’ Weekly 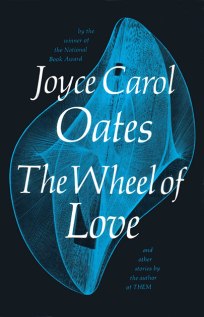 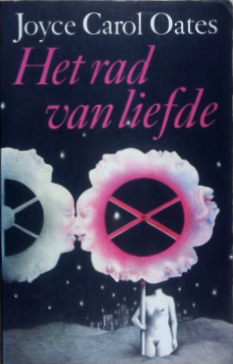 Wee can dye by it, if not live by love,
And if unfit for tombes and hearse
Our legend bee, it will be fit for verse;
And if no peece of Chronicle wee prove,
We’ll build in sonnets pretty roomes;
As well a well wrought urne becomes
The greatest ashes, as halfe-acre tombes,
And by these hymnes, all shall approve
Us Canoniz’d for Love:

Posted on February 8, 2016 0 By Randy Souther Books Posted in Books Tagged #Joyce Carol Oates, short stories, The Wheel of Love And Other Stories, Where Are You Going Where Have You Been?