Skip to content
I Am No One You Know
Books

I Am No One You Know

These are small, hard gems, full of the same rich emotion and startling observation that readers of Oates’s fiction have come to expect.

i am no one you know contains nineteen startling stories that bear witness to the remarkably varied lives of Americans of our time. In “Fire,” a troubled young wife discovers a rare, radiant happiness in an adulterous relationship. In “Curly Red,” a girl makes a decision to reveal a family secret, and changes her life irrevocably. In “The Girl with the Blackened Eye,” selected for The Best American Mystery Stories 2001, a girl pushed to an even greater extreme of courage and desperation manages to survive her abduction by a serial killer. And in “Three Girls,” two adventuresome NYU undergraduates seal their secret love by following, and protecting, Marilyn Monroe in disguise at Strand Used Books on a snowy evening in 1956.

These vividly rendered portraits of women, men, and children testify to Oates’s compassion for the mysterious and luminous resources of the human spirit. 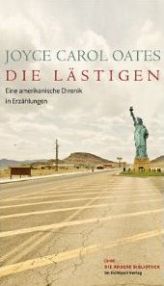 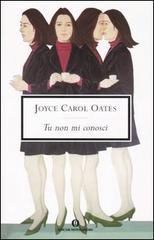 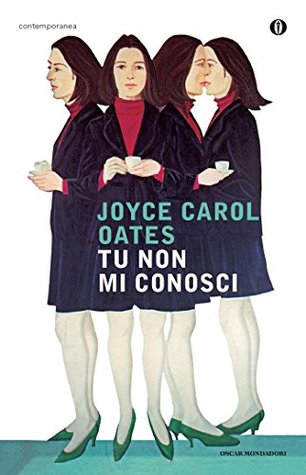 In the cellar, in the night. Do you hear her?

Jamie! she is crying. Jam-ie! Help me.

lt was not Mom’s fault, Jorie spat out her pills. Jorie would not use the pot to pee in. Jorie would not eat her food. Screaming and throwing herself against the wall, bloodying her nose and mouth like a Hallowe’en pumpkin. I felt so bad to see Jorie’s face swollen, it was like my own face, contorted and ugly. If you are a twin you want your twin to be beautiful like an angel. If you are not beautiful yourself you want your twin to be beautiful. We were fearful that somebody would come and take our mom from us, Mom was not well, migraine headaches, so dizzy she couldn’t walk across the room without stumbling, on the sofa with one of her strong-smelling bottles, smoking, the cigarette ash would fall into the cushions and we couldn’t wake her, beating out the smoldering little flames with our fists. Mom! Mommy! Wake up.

Mom said there are people who believe that a child like Jorie is a punishment that the mother must deserve. Mom said that Daddy and his family blamed her. Would have nothing to do with her. I love my daughter. I don’t wish to harm my little girl. I know she can’t help it. This is just to get some rest. Some peace. To protect the others. For a little while.But in the night, in the cellar, if Jorie continued to rage and could not be let out, Mom said there came her own heartbeat, her deranged and murderous heart she dared not free to do injury upon others. That would be evil. True evil.

The story “Curly Red” was later expanded into the novel My Life As A Rat.

The verdict: Post-gothic gems. The stories in Joyce Carol Oates’ latest collection are populated by serial killers and their victims, murderers, stalkers, pedophiliac teachers, child abusers, the orphaned and the insane. But they contain not one lurid moment. … Most of the stories in this collection could be described as post-gothic. That is, Oates is less interested in the grotesque and the doomed than in ordinary people dealing with what Philip Roth called the “American Berserk,” the sense that anybody’s normal, well-ordered life can be thrown into chaos.

In Oates’s precise psychological renderings, victims are as complex as villains and almost always more interesting…. The collection closes with a story about September 11 that in anyone but Oates’s hands would fall flat. But “The Mutants,” in which a young woman trapped in her downtown apartment building refuses to be paralyzed by fear, is beautifully, uncannily affecting.

These are small, hard gems, full of the same rich emotion and startling observation that readers of Oates’s fiction have come to expect.

It’s true that Oates generally seems more interested in covering grim, depraved or violent terrain (often sexual in nature), but even so, she avoids sensationalism or victimizing her characters. She explores the criminal mind with obvious fascination, venturing past any repugnance. Her characters don’t heal completely from trauma, but they do often find some form of redemption or catharsis.

In two recent full-length novels and a new collection of stories, however, Oates’s talent for channeling unique fictional voices—and her fascination with how personality can dissolve, transform, or mutate over time—is richly in evidence. … “I wanted to explain, apologize. I’m not your son, I am no one you know.” That cry, juxtaposed with fear and contempt, comes close to the heart of Oates’s work. In her world, our very identity—and that of everyone we think we know—may be the most impenetrably sinister mystery of all.

… No One artfully and uncomfortably examines the power of one’s inner voice—the one no one can, or is supposed to, hear.

In all these stories, Oates demonstrates her continued ability to create edgy stories that are still grounded in reality. She immerses the reader in disturbing dilemmas and then resolves them in unexpected ways. Not for the faint of heart but recommended.

Oates is vitally concerned, even obsessed, with the most primal and disturbing encounters between females and males, and her new searing short stories explore the malevolent aspects of human sexuality with unflinching authenticity and a cathartic fascination.

… the usual disjointed gathering of carefully composed and inexplicably slipshod work: 19 stories, of varying length and intensity, most of which present overfamiliar Oates character types: people who experience violence or menace or are haunted and traumatized by memories of it.