Drenched with suspense and dread, and featuring the razor-sharp prose that has made Joyce Carol Oates a living legend, Evil Eye shows love as sporadically magical, mysterious, and murderous.

Joyce Carol Oates has proven herself one of the world’s foremost chroniclers of the darkness that lurks within the human heart. In Evil Eye, Oates offers four chilling novellas of love so powerful that people might die—or kill—for it.

In the title story, we meet Mariana, the young fourth wife of a prominent intellectual. When her husband’s brazen first wife visits, Mariana learns a terrible secret that threatens her marriage and sanity. In “so Near Any Time Always,” shy teenager Lizbeth meets Desmond, a charming older boy who offers this introverted girl her first sparks of romance. Yet just as their relationship begins to blossom, Lizbeth realizes that a menacing soul lies beneath Desmond’s perfect façade. In “The Execution,” spoiled college student Bart Hansen has planned the perfect, brutal crime to get back at his parents for their years of condescension. What he didn’t plan on was the resilience of his mother’s love, even in the face of death. And in “The Flatbed,” childhood trauma has prevented Cecelia from enjoying the pleasures of physical intimacy with a man, but when the love of her life comes along, Cecelia must confront the demon who stole her innocence long ago.

Drenched with suspense and dread, and featuring the razor-sharp prose that has made Joyce Carol Oates a living legend, Evil Eye shows love as sporadically magical, mysterious, and murderous. 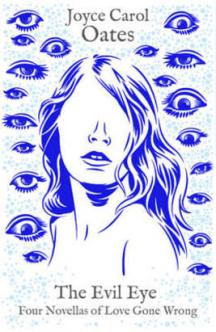 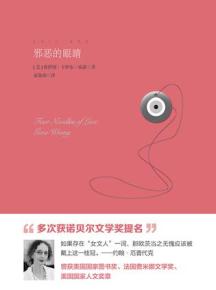 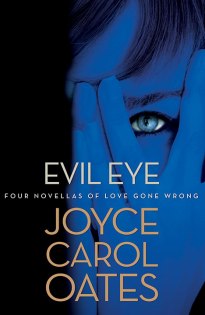 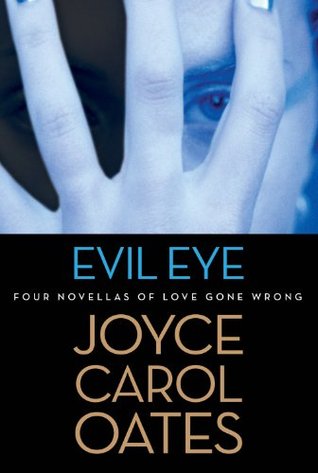 Mariana looked from Hortensa back to Ines: this time, Mariana nearly fainted.

The gaily chattering Ines Zambranco was missing an eye. Where her right eye had been there was an empty socket.

It was a profoundly shocking moment: for you were led to look from the left eye, which was expertly made up, enlarged with eye shadow in shades of mauve and taupe, and outlined in black mascara, to the missing eye, where you saw what appeared to be a shadowy emptiness; your instinct was to look back at once to the left eye, that was gazing at you, alert with consciousness, and with a kind of merriment as well, as if the little white-haired woman with the missing eye, perfumed and elegantly attired as she was, knew perfectly well what you wering, what a shock you’d had — though of course, smiling fixedly at her, determined to behave as if nothing were wrong, you would not acknowledge the missing eye.

“Joyce Carol Oates’s ‘Evil Eye: Four Novellas of Love Gone Wrong’ is a dazzling, disturbing, tour de force of Gothic suspense: four odd, compelling, ingeniously narrated tales that gain in power and resonance when read in conjunction with each other. Mark Edmundson has defined the Gothic mode as ‘the art of haunting’ whose aim is to show that ‘life, even at its most ostensibly innocent, is possessed.’ Oates is working right in the center of this tradition, for ‘Evil Eye’ is both possessed by Gothic — echoing iconic stories from ‘Rappaccini’s Daughter’ to ‘Jane Eyre,’ recapitulating tropes from innocent virgins to poisonous kisses — and in firm possession of the conventions it deploys with confidence and knowing wit.”

In these four compelling tales, Oates enters disturbed minds and exposes the horror that lurks within. She’s also good at depicting gilded lives that have gone wrong, while the victims in her stories are interesting, resourceful characters you care about. With her penchant for grim subject matter, Joyce Carol Oates is a writer you read with a sense of awe and apprehension.

“…a quartet of shrewd and unnerving novellas about toxic entanglements.”

“Oates continues to be a worthy descendant of the gothic tradition of Edgar Allan Poe.”

“The relationships between the damaged, sometimes monstrous individuals who people these pages will keep the reader riveted.”

Through gripping stories that entertain and chill, Oates breeds psychological horror in our most vulnerable emotion: love. A fantastically unnerving read, the dazing darkness in Evil Eye comes from the possible reality of the circumstances.

Oates’s coolly precise style suits these dark, disturbing detours. “A shredded-looking sky like old Kleenex” is how she describes the nighttime clouds as Bart heads home to take an axe to his father. Oates unnerves to the last.