Skip to content
The Female of the Species: Tales of Mystery and Suspense
Books

The Female of the Species: Tales of Mystery and Suspense

By Joyce Carol Oates A young wife is home alone when the phone rings in “So Help Me God.” Is the strange voice flirting with her from the other end […]

A young wife is home alone when the phone rings in “So Help Me God.” Is the strange voice flirting with her from the other end of the phone her jealous husband laying a trap, or a stranger who knows entirely too much about her? In “Madison at Guignol” an unhappy fashionista discovers a secret door inside her favorite clothing store and insists the staff let her enter. But even her fevered imagination cannot anticipate the horror they have been hiding from her. In these and other gripping and disturbing tales, women are confronted by the evil around them and surprised by the evil they find within themselves.

With wicked insight, Joyce Carol Oates demonstrates why the females of the species—be they six-year-old girls, seemingly devoted wives, or aging mothers—are by nature more deadly than the males. 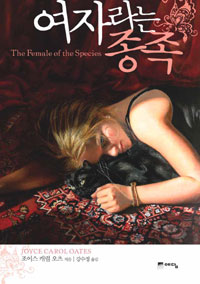 From “Angel of Mercy”

A pillow. A pillow is best. She’d come to believe so. for when the patient is smothered, oxygen ceases to flow to the brain and the heart races and lunges and begins to falter and fails and will stop. And where, in the City of the Damned, hearts are old, leaky, strained, there is a yearning to stop. And so an ordinary pillow over the mouth and nose satisfies this yearning. And so the death pronouncement will be cardiac arrest. And so no physician would suspect, for why would he? Nor any nurse, mostly. Though Agnes must be alert to her sister nurses who look upon her (she has reason to think) with some suspicion.

Deadly Girls’ Voices, Suspense, and the “Aesthetics of Fear” in Joyce Carol Oates’s “The Banshee” and “Doll: A Romance of the Mississippi” by Pascale Antolin in Bearing Witness: Joyce Carol Oates Studies.