The Buried Giant is a coolly orchestrated text in which ideas about human nature, human memory, and the vicissitudes of a war-tormented history constitute the essential drama …

Kazuo Ishiguro’s The Buried Giant is reviewed by Joyce Carol Oates in the New York Review of Books: 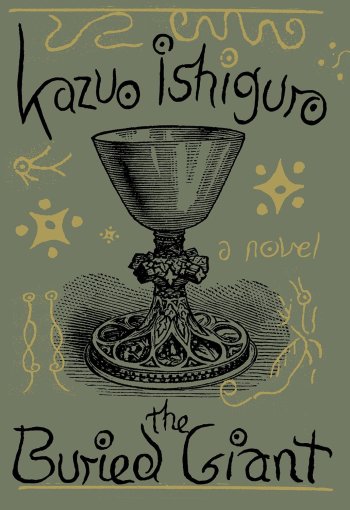 The Buried Giant is a coolly orchestrated text in which ideas about human nature, human memory, and the vicissitudes of a war-tormented history constitute the essential drama; it is not a book essentially about the experiences of hapless Briton and Saxon characters as they are moved about the landscape like chess pieces in a game beyond their comprehension.

Amnesia, partial or total, has been a prevailing theme in Ishiguro’s fiction: the brooding, Kafkaesque When We Were Orphans (2000) is narrated by an allegedly celebrated detective named Christopher Banks whose move to England from Shanghai as a young child has permanently unsettled him, as the mysterious loss of both his parents at an even younger age has come to dominate his life, leaving him paralyzed as an adult, deeply repressed and but vaguely aware of how selective his memory is. The yet more Kafkaesque The Unconsoled (1995) is told from the point of view of an allegedly famous pianist named Ryder who arrives at a European city to perform a concert but discovers that most of his memory has vanished.

In The Remains of the Day the butler-protagonist Stevens represses memory, or denies the significance of what he knows, like the narrator of Never Let Me Go, Kathy, a clone whose fate is to provide organs for her “normal” and whose strategy for survival is to try to deny the inevitability of this fate. In The Buried Giant, the elderly Axl and Beatrice are afflicted with a form of feeblemindedness that damages their memories, their sagacity, and their ability to reason and to speak. Nearly everyone suffers a diminution of memory in this primitive culture in which there seems to be no written language, thus no history: “God himself had forgotten much from our pasts.”

The full article is available at the New York Review of Books (subscription required).