New York Times bestselling author Joyce Carol Oates returns with an incendiary novel that illuminates the tragic impact of sexual violence, racism, brutality, and power on innocent lives and probes the persistence of stereotypes, the nature of revenge, the complexities of truth, and our insatiable hunger for sensationalism.

New York Times bestselling author Joyce Carol Oates returns with an incendiary novel that illuminates the tragic impact of sexual violence, racism, brutality, and power on innocent lives and probes the persistence of stereotypes, the nature of revenge, the complexities of truth, and our insatiable hunger for sensationalism.

When a fourteen-year-old girl is the alleged victim of a terrible act of racial violence, the incident shocks and galvanizes her community, exacerbating the racial tension that has been simmering in this New Jersey town for decades. In this magisterial work of fiction, Joyce Carol Oates explores the uneasy fault lines in a racially troubled society. In such a tense, charged atmosphere, Oates reveals that there must always be a sacrifice—of innocence, truth, trust, and, ultimately, of lives. Unfolding in a succession of multiracial voices, in a community transfixed by this alleged crime and the spectacle unfolding around it, this profound novel exposes what—and who—the “sacrifice” actually is, and what consequences these kinds of events hold for us all.

Working at the height of her powers, Oates offers a sympathetic portrait of the young girl and her mother, and challenges our expectations and beliefs about our society, our biases, and ourselves. As the chorus of its voices—from the police to the media to the victim and her family—reaches a crescendo, The Sacrifice offers a shocking new understanding of power and oppression, innocence and guilt, truth and sensationalism, justice and retribution.

A chilling exploration of complex social, political, and moral themes—the enduring trauma of the past, modern racial and class tensions, the power of secrets, and the primal decisions we all make to protect those we love—The Sacrifice is a major work of fiction from one of our most revered literary masters. 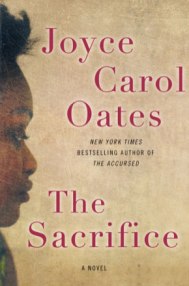 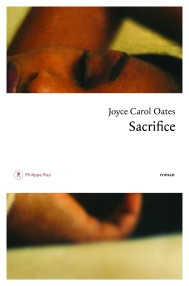 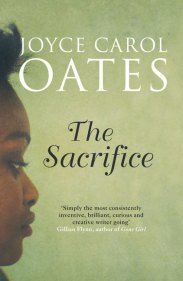 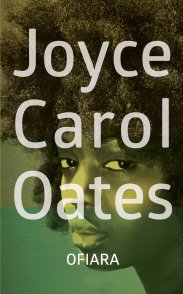 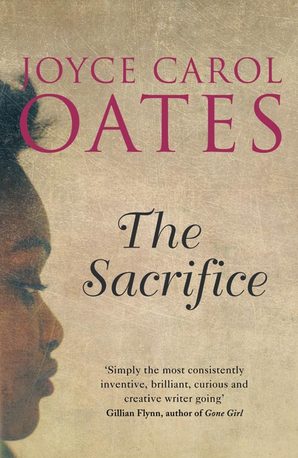 Though it is set decades later, The Sacrifice is strongly linked to my novel them (1969). The Detroit “riot” of July 1967—(more accurately called, by individuals who’d lived through it, the Twelfth Street Riot)—as well as the Newark “riot” of July 1967—resulted in a number of carefully researched studies into “black urban civil disorder” in subsequent years, but these were not available to me at the time of the composition of them.

Among the many books, articles, and online materials consulted for The Sacrifice are three which have been of particular interest: 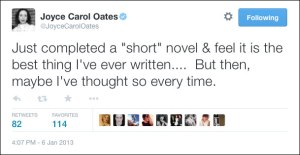 “In her latest novel, The Sacrifice, Joyce Carol Oates explores in fiction what most of us only experienced through headlines some twenty-five years ago. Striving to inhabit the ‘procession of voices’ on every side of an explosive racial crime, or hoax, perhaps, she reminds us of what is too easily lost in our world of instant and quickly forgotten news—that there is a story behind, and in between, every word of a press release, that pauses in a court transcript are novels waiting to be written, and that pain, fear, and ambition bind us together in common humanity even as they pull us apart. Most of all, reading The Sacrifice evoked for me what the great W.E.B. Du Bois wrote of the color line over a century ago: ‘Herein lies the tragedy of the age . . . that men know so little of men.’ The same might be said of fifteen-year-old girls trapped in our nation’s inner cities. Joyce Carol Oates, with characteristic brilliance, has masterfully drawn Sybilla Frye so that we may, in turn, draw closer to those who remain nameless and voiceless, beyond the next news cycle of racial hatred and discord.”

“This outline, and the novel’s resolution … beautifully captures the sorrow afflicting so many divided communities in the US and the wider world. It is an entrenched kind of sorrow, with both sides so trapped in prejudice and fear that nothing alters as the years pass. … But we also see how, in the hands of a great writer, a gripping story can be torn from the poisonous rubble. Perhaps, at least, there is hope in an act of artistic empathy as powerful as this.”

Readers may find this boldly incendiary and propulsive novel vexing, even offensive. And Oates fully intends to make readers squirm. We do urgently need to face our unexamined assumptions and prejudices. But for all its headline brashness, visceral magnification, and societal melodrama, The Sacrifice is laced with striking psychological subtleties, painful ironies, and flashes of tenderness and wit.

Stygian and hopeless places are her forte, and she usually probes the darkness even deeper. In fact, for Oates, “The Sacrifice” is an almost tame book, with very few segues into the further recesses of her imagination. But it is also a strong book, speaking through fiction to a reality, be it the late 1980s or 2015, wherein nobody wins.

Some readers might have issues with Oates’s jarring portrayal of black, working-class life. Still, in this highly provocative book, she wades into territory that very few white writers would ever dare to tread and has given us a very honest and raw blend of sizzling drama and the brutal truths of race in our world today. Given recent racial tensions in the US, it is a courageous reminder that some situations are far from being as black and white as they may first seem. Oates, as always, writes with the ease of a master of language, uncoiling the bitterest of stories with barely a word wasted.

Near the beginning of the novel it’s cryptically written that “racism is an evil except when it benefits us.” This italicised “us” is the collective group in diametric opposition to “them.” It’s the creation of an artificial division out of self-interest whereby one person’s life is believed to matter more than another’s. By presenting a searing portrait of racial politics in contemporary America The Sacrifice shows how everyone has the capacity to do this.

This novel simmers with barely concealed rage at the impotence inflicted on people by race and gender inequalities: the rage of the characters themselves, and the rage of the authorial presence that points us to events ahead…

A portrait of family damaged by poverty and violence as well as those who would happily exploit them, “The Sacrifice” ranks among Joyce Carol Oates’s best novels.

“She sympathetically embraces her characters, black and white, except perhaps for the deceitful huckster Mudrick, a figure rather Dickensian in his lust for acclaim and power. Will some readers want to quarrel with Oates’s jarring depiction of black, working-class life? Probably. In this provocative novel, she barges her way into territory where not many white writers have dared to tread – and produced a raw and earnest mix of fiery drama and the bone-cold truths of race as we live it today.”