Skip to content
Is Dickens the greatest of English novelists?
Joyce Carol Oates

Is Dickens the greatest of English novelists?

Joyce Carol Oates reviews Charles Dickens: A Life by Claire Tomalin in the New York Review of Books: Is Dickens the greatest of English novelists? Few would contest that he is […] 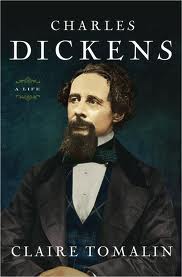 Joyce Carol Oates reviews Charles Dickens: A Life by Claire Tomalin in the New York Review of Books: Is Dickens the greatest of English novelists? Few would contest that he is the most English of great English novelists, and that his most accomplished novels—Bleak House, Great Expectations, Little Dorrit, Dombey and Son, Our Mutual Friend, and David Copperfield—are works of surpassing genius, thrumming with energy, imagination, and something resembling white-hot inspiration.

His gift for portraiture is arguably as great as Shakespeare’s, and his versatility as a prose stylist is dazzling

Dickens is so brilliant a stylist, his vision of the world so idiosyncratic and yet so telling, that one might say that his subject is his unique rendering of his subject, in an echo of Mark Rothko’s statement, “The subject of the painting is the painting”—except of course, Dickens’s great subject was nothing so subjective or so exclusionary, but as much of the world as he could render. If Dickens’s prose fiction has “defects”—excesses of melodrama, sentimentality, contrived plots, and manufactured happy endings—these are the defects of his era, which for all his greatness Dickens had not the rebellious spirit to resist; he was at heart a crowd-pleaser, a theatrical entertainer, with no interest in subverting the conventions of the novel as his great successors D.H. Lawrence, James Joyce, and Virginia Woolf would have; nor did he contemplate the subtle and ironic counterminings of human relations in the way of George Eliot and Thomas Hardy, who brought to the English novel an element of nuanced psychological realism not previously explored. Yet among English writers Dickens is, as he once called himself, part-jesting and part-serious, “the inimitable.”

Read the full article at the New York Review of Books.