From one of our most distinguished authors comes her most ambitious novel to date: an elaborate series of interlocking tales of six generations of the Bellefleur family and more than a century of American history.

From one of our most distinguished authors comes her most ambitious novel to date: an elaborate series of interlocking tales of six generations of the Bellefleur family and more than a century of American history. By mingling actual historical events—such as the War of 1812, John Brown’s abolishonist activities, and the building of the Erie Canal—with the magical and surreal, Joyce Carol Oates creates a world we recognize from within our deepest selves, from somewhere in our childhoods, where “the American dream” in each of us was born.

A wealthy and notorious clan, the Bellefleurs live in a region not unlike the Adirondacks, in an enormous mansion on the shores of mythical Lake Noir. They own vast lands and profitable businesses, they employ their neighbors, and they influence the government. A prolific and eccentric group, they include several millionaires; a mass murderer; a spiritual seeker who climbs into the mountains looking for God; a wealthy noctambulist who dies of a kitten scratch; a young girl whose passion for her uncle can only be acted out on the silver screen; a brilliant boy-scientist; a baby, Germaine—the heroine of the novel—who is born with the lower half of her male twin protruding from her abdomen; a female vampire who, in her girlhood had a passionate but doomed affair; and a lovely young woman, Leah, Germaine’s mother. After her daughter’s birth, Leah finds an unexpected new power rising within her and sets about restoring the Bellefleur empire to its original glory. Meanwhile, her husband Gideon searches for his own satisfaction through the available masculine pleasures: horse racing, gambling, flying, womanizing, and hunting the Noir Vulture. As each of the Bellefleurs follows his passions toward his ultimate fate, the novel moves to its surprising and dramatic conclusion.

It was many years ago in that dark, chaotic, unfathomable pool of time before Germaine’s birth (nearly twelve months before her birth), on a night in late September stirred by innumerable frenzied winds, like spirits contending with one another—now plaintively, now angrily, now with a subtle cellolike delicacy capable of making the flesh rise on one’s arms and neck—a night so sulfurous, so restless, so swollen with inarticulate longing that Leah and Gideon Bellefleur in their enormous bed quarreled once again, brought to tears because their love was too ravenous to be contained by their mere mortal bodies; and their groping, careless, anguished words were like strips of raw silk rubbed violently together (for each was convinced that the other did not, could not, be equal to his love—Leah doubted that any man was capable of a love so profound it could lie silent, like a forest pond; Gideon doubted that any woman was capable of comprehending the nature of a man’s passion, which might tear through him, rendering him broken and exhausted, as vulnerable as a small child): it was on this tumultuous rain-lashed night that Mahalaleel came to Bellefleur Manor on the western shore of the great Lake Noir, where he was to stay for nearly five years. 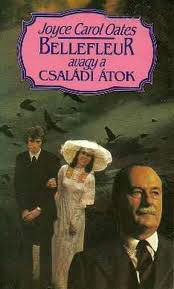 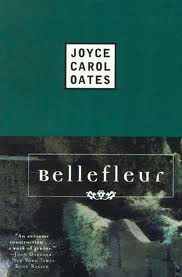 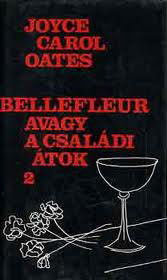 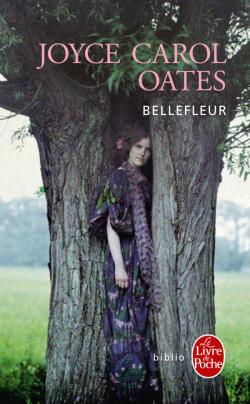 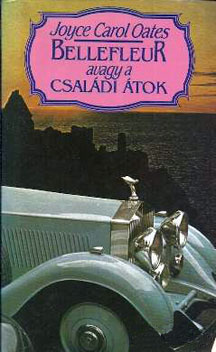 I will maintain that an artist needs this: a special world of which he alone has the key.
—Gide, Notebook

The “key” to most works of fiction is a voice, a rhythm, a unique music; a precise way of seeing and hearing that will give the writer access to the world he is trying to create. (Yet this world is sometimes so real in the imagination that its construction, in terms of formal art, seems rather like a re-creation, a re-construction.) Sometimes one must wait a long time for this key to present itself—sometimes it comes rather quickly. In the case of Bellefleur I waited several years.

The entire novel grew out of a haunting image: there was a walled garden, luxurious but beginning to grow shabby; overgrown, “old,” yet still possessing an extraordinary beauty. In this mysterious garden the baby Germaine was to be rocked in her regal cradle; and a less fortunate baby was to be carried off by an immense white bird of prey. My vision gave me the Bellefleur garden with an intimidating clarity, yet I could gain entry to it only by imagining all that surrounded it—the castle, the grounds, the waters of Lake Noir, the Chautauqua region, the State itself with its turbulent history, and the Nation with its still more turbulent history. In the foreground the Bellefleur family emerged as prismatic lenses by which the outer world is seen—an “outer” world abbreviated and in some cases mocked by the Bellefleurs’ ambition for empire and wealth. It had always interested me that in the 19th and early 20th centuries in America wealthy men were eager to establish themselves as “nobility” of a sort by reconstructing immense castles, and in many cases importing great sections of European castles for this purpose. (A castle, after all, is a castellated structure—that is, it is fortified for war.) The American castles were fascinating in themselves (the most notorious being of course Hearst’s San Simeon) and in what they symbolize. Naturally the walled garden was a garden attached to a castle—though the Bellefleurs, with an air of unconvincing modesty, preferred to speak of their home as Bellefleur Manor.

It took several years for me to acquire the voice, the rhythm, the tone of Bellefleur. Before I finally began writing it I had acquired more than 1000 pages of notes—some of them mere scraps of paper, some fairly complete dramatic scenes that would emerge, in the novel’s narrative, without many changes. It became the most demanding and the most mesmerizing novel I have written. Though I came to think of it as the months passed as my ‘vampire novel’—for it seemed that it was draining me of vitality in ways I could not control—I passed through a spell of what might be called acute homesickness after completing it, and feel rather melancholy now, at times, when I think of Bellefleur—the landscape, the castle, the people whom I came to love in odd surprising ways.

The imaginative construction of a “Gothic” novel involves the systematic transposition of realistic psychological and emotional experiences into ‘Gothic’ elements. We all experience mirrors that distort, we all age at different speeds, we have known people who want to suck our life’s blood from us, like vampires; we feel haunted by the dead—if not precisely by the dead then by thoughts of them. We are forced at certain alarming periods in our lives not only to discover that other people are mysterious—and will remain mysterious—but that we ourselves, our motives, our passions, even our logic, are profoundly mysterious. And we sense ourselves accursed at times; and then again blessed; singled out, in any case, for what feels like a special destiny. We are superstitious when events—usually coincidences—argue that ‘superstition’ may be a way of grasping an essentially chaotic world. All these factors the novelist who wants to write an ‘experimental Gothic’ will transpose into Gothic terms. If Gothicism has the power to move us (and it certainly has the power to fascinate the novelist) it is only because its roots are in psychological realism. Much of Bellefleur is a diary of my own life, and the lives of people I have known. It must be significant that my father, Frederick Oates, as a young man, succumbed to the lure of flying, and took me up innumerable times in small planes; it must be significant that my mother, Caroline, was, like Leah, a very young mother whom I can remember as young—only a girl, really. But “Gideon” and “Leah” are by no means modeled on my parents.

Bellefleur is more than a Gothic, of course, and it would be disingenuous of me to suggest otherwise. It is also a critique of America; but it is in the service of a vision of America that stresses, for all its pessimism, the ultimate freedom of the individual. One by one the Bellefleur children free themselves of their family’s curse (or blessing); one by one they disappear into America, to define themselves for themselves. The castle is destroyed, the Bellefleur children live. Theirs is the privilege of youth; and the “America” of my imagination, despite the incursions of recent decades, is a nation still characterized by youth. Our past may weigh heavily upon us but it cannot contain us, let alone shape our future. America is a tale still being told—in many voices—and nowhere near its conclusion.

Time is a child playing a game of draughts;
the kingship is in the hands of a child.

This is a work of the imagination, and must obey, with both humility and audacity, imagination’s laws. That time twists and coils and is, now, obliterated, and then again powerfully present; that “dialogue” is in some cases buried in the narrative and in others presented in a conventional manner; that the implausible is granted an authority and honored with a complexity usually reserved for realistic fiction: the author has intended. Bellefleur is a region, a state of the soul, and it does exist; and there, sacrosanct, its laws are utterly logical.

Bellefleur was the first published in the Gothic Series.

“The opportunity might not be granted me again, I thought, to create a highly complex structure in which individual novels (themselves complex in design, made up of ‘books’) functioned as chapters or units in an immense design: America as viewed through the prismatic lens of its most popular genres.” —Joyce Carol Oates, 1985

The discovery of Vernon’s book of poetry: “Query.” Typed page with interesting written notes that seem to have little to do with the typed material: the time, date, weather, and fauna (seen outside JCO’s window?). Several women’s faces surrounding the character name “Rache,” and the word AVENGER repeated several times. Very interesting.

Trying out an early title: “Bellefleur: A Pastoral,” with “an informal index of various motifs, events, people, themes.” Among many interesting notes we find that Raphael started out as “Phineas.”

Continuation of the previous “index.” Includes an early, and very different, sketch of “Duck,” better known in the published book as “Nightshade.”

Early outline of parts 1 and 2 of the novel. Typed and heavily annotated.

Notes on Mahalaleel and Gideon on University of Windsor memo paper.

Early draft of opening paragraph. Typed. Note that it is in the first-person, spoken by Germaine.

Notes on the night of Germaine’s birth.

Another early attempt at the opening paragraph. Hand written. Clearly earlier than “Bellefleur 08.”

Top half of page is part of a typed manuscript. Bottom half is a sketched meditation on the words “Bellefleur” and “Blood.”

Another version of the opening. Now in the third-person, and getting close to the published version.

Notes on the chapter “The Elopement.”

Notes for chapters on the Varrells, the Indian boy Charles Xavier, and Jedediah. And a particularly dense quilt of sketched names and faces.

An entire page of sketching and doodling. Of purely visual interest.

Fascinating synopsis of the novel via the characters. “Episodic, loosely structured, anecdotal: something I have never tried before. A series of tales centered about the Bellefleur rise and fall. But of course really a vast metaphor (as lavish as I can invent) for Germaine’s childhood, the imagination of childhood . . . the imagination itself.”

Joyce Carol Oates: “(rejected fictitious author’s note to BELLEFLEUR) None of the statements on the page is true! I only vaguely recall writing it. I see that I’d even drawn my parents (my father’s name is misspelled with a ‘k’) into it. I don’t want anyone to think that any of this is true.”