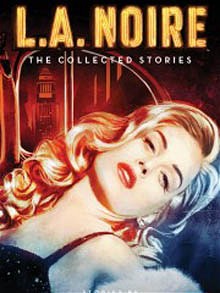 They were lost girls looking for their fathers.

So I knew they’d come crawling back to me.

It is true that I was lost—but I knew that no one would find me except myself—if I became a Star in the sky of Hollywood where I could not be hurt.

He was the one—“K.K.” we called him—who took pictures for the girlie mags & calendars—the one I begged Please don’t make me into a joke. Oh please that is all I ask of you.

Nasty lies told about me post mortem but none nastier than that I did not have an actual father—only just a pretend-father like Norma Jeane whose crazy mother would show her studio publicity photos of Clark Gable—whispering in the child’s ear Here is your father, Norma Jeane! But no one must know—yet.

Poor Norma Jeane! Some part of her believed this craziness, why she was always looking for Daddy. Why Norma Jeane made bad mistakes seeking men like she did but that was not why I made my bad mistake winding up post mortem in a weedy vacant lot in a dingy neighborhood of Los Angeles so mutilated the hardened LAPD detectives shrank from seeing me & quickly covered my “remains” with a coat for I had an actual father named Cleo Marcus Short who favored me above my four sisters Kathryn & Lucinda & Agnes & Harriet & wrote to me solely, in 1940, when I was sixteen, to invite me to live with him in California—which Daddy would not have done if he had not truly loved me.

Post mortem—is the Latin term. Post mortem is this state I am in, now. That you do not know exists when you are “alive” & you cannot guess how vast & infinite post mortem is for it is all of the time—forever & ever—after you have died.

View the full story at the UK Telegraph.